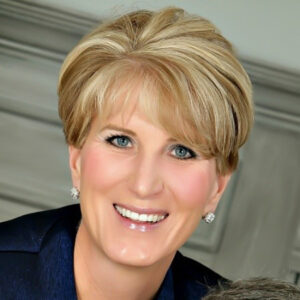 While a graduate student in 1992, Carol joined Ascension Sacred Heart Health System in Pensacola, Florida. Since serving in her first role as a Compensation Analyst, she held many progressive Human Resources leadership positions, leading to her appointment in 2005 as Chief Human Resource Officer (CHRO) for Ascension Gulf Coast. In 2015, Carol transitioned to a national role to establish and operate the programs comprising the Ascension Leader Institute. The Institute integrates organizational, spiritual, theological and professional formation for holistic development – in mind, body and spirit. It was established to promote a pathway of growth for associates at all levels across Ascension.

Carol is currently pursuing a doctoral degree in Leadership and Learning in Organizations at Vanderbilt University in Nashville, Tennessee.  She earned her bachelor’s degree in Business Administration & Marketing from Olivet Nazarene University, Kankakee, Illinois, a Master’s in Business Administration from the University of West Florida, Pensacola. She is certified as a Senior Professional in Human Resources and has participated in the RBL Group’s HR Learning Partnership for HR Executives in Park City, Utah.

Carol is a former Board Member of the Northwest Florida Chapter of the American Red Cross, is a member of “Impact 100” Women in Leadership Program for the Pensacola Bay Area, is a graduate of Leadership Pensacola and was named as one of Pensacola’s “40 under 40” Emerging Leaders. She served on Ascension’s Pension Committee of the Board from 2009-2018 and is a graduate of the Ascension Executive Ministry Leadership program. 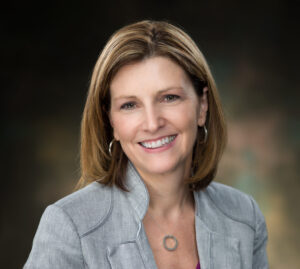 As the senior vice president and Chief Human Resources Officer for Texas Children’s Hospital, Linda Aldred is the principal strategist and implementer for the people strategies and diversity, equity, and inclusion initiatives across the largest Children’s Hospital system in the country. Linda describes her leadership style as Think it Big…Lead it Bigger…Be the Difference. She is steadfast in her belief that without building and executing on effective and meaningful people strategies, which exemplify the brand and culture of an organization, it is impossible to achieve preeminence for any organization. For over 17 years, Linda has been an executive at Texas Children’s. In addition to her Human Resources role, she has also led marketing, public relations, and community initiatives in her tenure. She is passionate about leadership development, employee experience, and creating a compelling and inclusive place for people to do their work. With Linda’s leadership, Texas Children’s has received many accolades including Houston Business Journal’s Best Places to Work, the Forbes’ first ‘Best Employers for Women’ list where Texas Children’s is #1 in Houston and #11 in America. Texas Children’s is also ranked the #1 pediatric hospital in Texas by U.S. News and World Report, which would not be possible without its people. Linda holds a Bachelor’s of Science degree in Finance from the University of Houston and a Master’s in Organizational Performance and Change from Colorado State University. 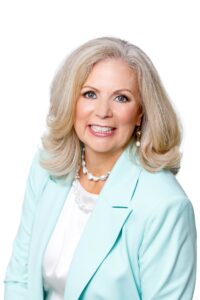 Dana is a visionary leader and strategic professional in the healthcare industry, who serves as a thought partner to leading healthcare organizations, advisor to healthcare start-ups and executive coach to top talent. Most recently, she led Nemours Children’s Hospital, an academic health campus located in Orlando’s Lake Nona Medical City, while also serving as an enterprise vice president within Nemours Children’s Health System. Particularly, her efforts helped Nemours develop strategic and master facility plans, as well as program development to grow the health system’s operations in Florida. A pediatric nurse by training, Dr. Bledsoe redirected her career to bring her clinical expertise to health administration; she’s been recognized by regional and national entities for her sustained leadership. Prior to Nemours, she served as president of Children’s and Women’s Hospital, part of Ascension Sacred Heart Health System, in Pensacola, Fla. She also held the roles of vice president of patient care services (including executive for ambulatory services –specialty and primary care practices) and Chief Nursing Officer at Children’s Hospital of Orange County in California where she led their Nursing Magnet designation in 2008. Earlier in her career, Bledsoe held nursing leadership roles at Texas Children’s Hospital, the University of Massachusetts Medical Center and The Children’s Hospital, Denver.

In 2018, Bledsoe earned her doctorate of executive health administration (DHA) with first honor from the Medical University of South Carolina and was recognized as the 2018 DHA Outstanding Student and with the Dean’s award. She obtained her master’s degree in business administration at the University of Colorado at Denver, a master’s in nursing administration at the University of Colorado Health Sciences Center, and her nursing degree at Loretto Heights School of Nursing Regis University. Bledsoe became a fellow in the American College of Healthcare Executives in 2014. Dr Bledsoe is a member of the Women in Healthcare Board of Directors and chairs the National Mentorship Committee. Throughout her career has been passionate about the career development of others. 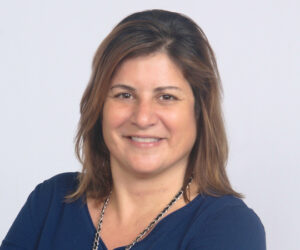 Mouji Linarez-Castillo is widely recognized as one of the South Florida construction industry’s most prolific and diverse executives, with sustained success as a director of pre-construction management, project management, healthcare programming and healthcare renovations. As the founding member of CEI, Inc. she continues to foster her relationships with Healthcare Owners and facilities to provide concierge healthcare construction services for small projects.

As a research assistant during her tenure at the Master’s Degree Program of Engineering at the University of Colorado in Boulder. Her post-collegian career began in 2000 as an estimator with Architectural Resource Consultants. After working for a year on the Owner’s Representative side of the table, Mouji began her career on the Contracting side of the industry with Turner Construction Company. Mouji quickly progressed through various superintendence and project management roles, and was appointed the youngest member of their national mentoring program. She then relocated to South Florida in 2003, where she was promoted to Chief Estimator at Miller Construction Company. She was recruited by ANF Group, Inc. to grow their pre-construction and purchasing departments in 2006. While there, she helped grow the company from $25 M to $100M+ in 5 years. Over the past five years she expanded DPR’s footprint, growing healthcare by strategically leading teams in winning pursuits. Increasing DPR’s market share from working in 1 hospital to over 15; completing 20 AHCA inspected projects in one year; and being selected for over $250M+ horizontal and vertical acute care expansions in Florida over a three-year period; she transitioned from being DPR’s boots on the ground, to being a healthcare strategist in Florida and growing their thought leadership in healthcare nationally. Now, as woman owned general contractor, CEI, Inc. she is applying the unique perspective gained in working at both small family owned businesses and industry leaders like Turner and DPR, to service local healthcare systems with their small project needs.

She is actively involved in several industry associations and in the local community. She has served on the board of Associated Building Construction’s Institute. She has been a part of the leadership group of The Generals Club and was a founder of the ABCi summer program that currently enrolls 20 high school students from the Boys and Girls Club annually. She dedicates a great deal of her time speaking to construction, healthcare, higher-ed organizations, and continues to contribute to causes that help better the construction industry and local community. She was nominated by South Florida Business Journal as one of South Florida’s Most Influential Business Women of the Year.

She is committed to helping Healthcare Facilities manage the renovation and maintenance needs they have on campus and in their free-standing facilities. Her involvement in the community is fueled by a passion and commitment to making life better for the individuals in the community that she works and lives in.